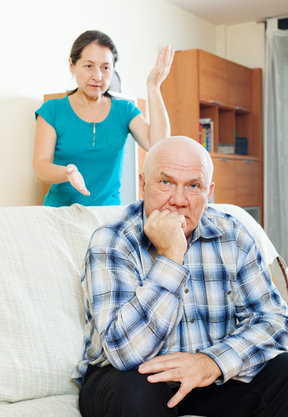 It’s tragic when an innocent person is sent to prison. It’s also tragic when a family is destroyed because brothers and sisters (or parents) remember an upsetting event differently and blame each other. Each is certain his or her memory is not only true, but the only version possible.

In “A Flawed Record: The Fragility of Eyewitness Memory” (The Washington Lawyer, November 2014) author Sarah Kellogg explains that memory “tends to focus more on unpleasant experiences as a way to … be better prepared for the next looming encounter.”

Kellogg says that memory also focuses on the senses and emotions rather than the intellect. So important facts are not noted. A crime victim may notice how the perpetrator smelled or his strength, but not his age or height or weight. Sequence may also be missed. A family member might focus on an insult, forgetting completely what happened beforehand that triggered the event.

As a former judge, I know this to be true: differing witnesses can be absolutely certain they are telling the truth– and still be wrong. Before I rush to call another person a liar because her memory of a traumatic event is different from mine, I need to hear her explanation and understand her perception. I need to look at other evidence and I need to check out other people’s memories.  And… have a little more humility.

But what difference does all this make – ultimately? In human relations – as opposed to criminal trials – establishing the facts is less important than healing the feelings.

With rare exceptions, we may never be able to correctly place blame for a rupture completely on one family member. And what good would it do if we could?

How much better for a family to hear each other out, to acknowledge that incorrect assumptions may have been made all around, to share responsibility, to express regret, and to jointly decide to turn the page and move on together.