As mediators we know there are two kinds of silence: 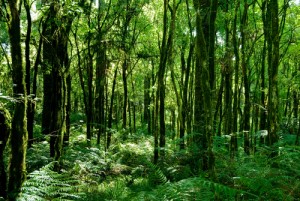 The first is tactical.  During a mediation, we may remain silent while one party to a dispute wrestles with how to respond to a proposal, or maybe comes up with an alternative offer.  This tactic can lead to a settlement.  I don’t use it often, but when employed at the right time, it can move the process forward and eventually yield agreement.

The second can be tragic.  This is the silence of unsaid words.  The silence that comes when someone cannot bring him or herself to say, “I’m sorry” or “I’m to blame.” Or express a long submerged emotion that could shatter the silence and steer relations on a more positive course.
END_OF_DOCUMENT_TOKEN_TO_BE_REPLACED

Like other European capitols Zagreb has its share of museums, but none left more of an impression on me than its Museum of Broken Relationships.

Entering the exhibition one reads a preambular statement explaining that “the exhibit revolves around the concept of failed relationships and their ruins.” It goes on to state: “while our societies oblige us to commemorate our marriages, funerals, and even graduation farewells, they [discourage us from formally recognizing] the demise of a relationship, despite its strong emotional effect on us. “

I realized that most of us, including myself, commemorate only the positive in our lives, and tend to dismiss or even deny the negative moments, despite their immense emotional impact on us. Yet, hundreds of persons have done just the opposite by contributing some remembrance of a past (and broken) relationship to the Museum. To quote from the Museum’s mission statement: “whatever their motivation — be it exhibitionism, therapeutic relief, or curiosity — by donating to the Museum’s collection a personal belonging — be it a shoe, a poem or a book of matches — indeed a relic from their past — they have embraced the idea of exhibiting their ‘love legacy’ as a sort of ritual or solemn ceremony. “

Once in the Museum one encounters rooms filled with these mementos — each testimony to a relationship that failed for any number of reasons.

What’s the message? For me at least, maybe it’s time to stop sublimating anger, disappointment, or hurt and accept that failed relationships are a part of our lives and need to be acknowledged, not denied. As the Museum’s mission statement proclaims: “…hopefully the items on display will inspire our personal search for deeper insights and strengthen our belief in something more meaningful than random suffering.” (For more information on the Museum, visit www.brokenships.com)