Scene: Terminal A, Gate 26, Newark Airport, waiting for a flight to DC. 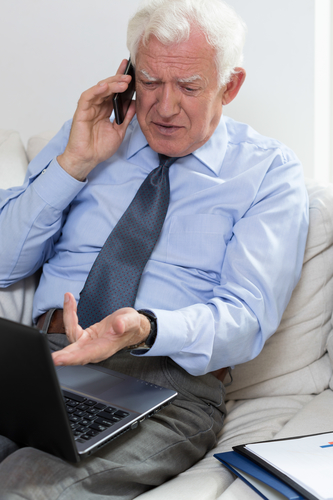 My roll-aboard and attached duffle bag had fallen over in the space in front of his seat. He took it personally.

Shocked by his intensity, I asked, “You don’t think I did that on purpose, do you?”

I picked up my luggage while he glared, huffed to another row, and prayed we would not be seatmates on the flight. No worries. He was flying first class.

End of encounter? Oh, no.

I texted my kids and began to obsess on what I wished I’d said. For the next two days.

My imaginary snappy retorts began with wanting to put him in his place:

“A gentleman would have helped me pick it up.”

My kids got into it. One texted, “Take his picture and put it on Facebook.” Public shaming! Delicious. …. But no, too much like the current political scene.

If not vengeance, how about faux sympathy, dripping sarcasm?

“Have you thought of anger management classes?” or

“Wow! You need to lighten up or you’ll have a cardiac arrest!”

After I played in the seductive fields of vengeance and sarcasm, my peacemaker side began to emerge. I remembered that whenever there’s a conflict, I always advise clients, Start with yourself.

What could I have done differently?

Mr. Impeccable had a point. My duffle bag was too big to balance well on the 22-inch roll-aboard allowed as carry-on. I had stretched the limits to save the checked baggage fee.

And although I would not have agreed to flakey” I was feeling disoriented. My brother-in-law had just died in Miami and I’d been with my sister. On my way home our plane was delayed in Miami, so I’d had to rush from one terminal to another at the next stop, stressed that I might miss the connection. With awkwardly balanced luggage in tow.

And, if I look with compassionate imagination instead of judgement, here’s what I might have seen: a man with a lot of responsibility who’s having a bad day. A lonely man. Maybe even a man terrified of his own aging, hoping money and power will keep it all at bay.

(Or he may have been a jerk all his life.)

Now that I’ve calmed down and thought it over, here’s what I wish I’d said:

“Sorry. I just came from a relative’s funeral, and I’m a bit frazzled.”

That may have caused him to question his behavior. Or not. At least it would have saved me two days of fretting.

It would also have been to the point, inoffensive, and perhaps encouraged the gentleman to think twice before unloading on someone else.